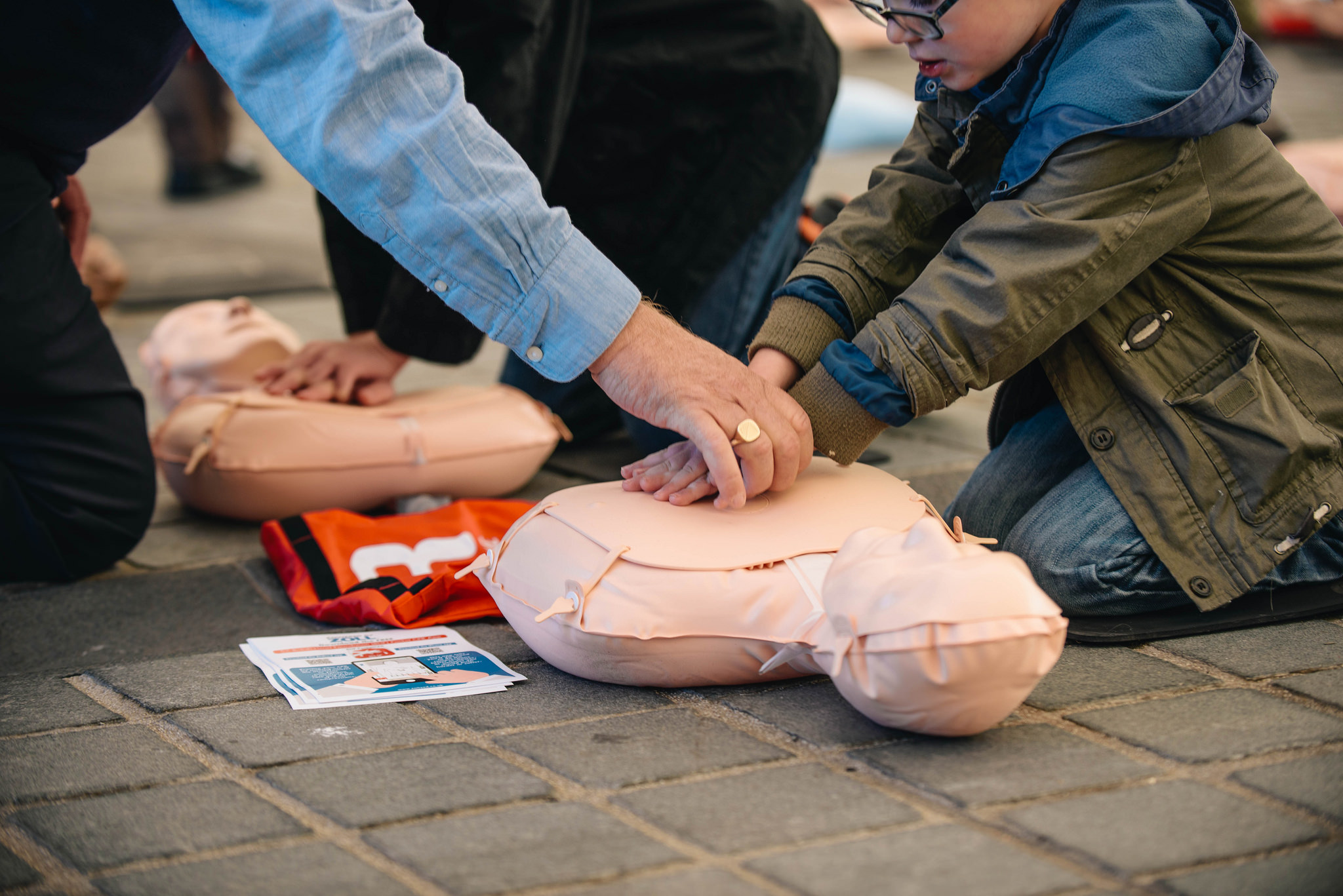 In collaboration with the Scottish Government, Leith Agency and Daysix, the partnership has been shortlisted for the Star Awards for use of marketing as a means of spreading CPR awareness in Scotland.

Since the beginning of the campaign the partnership has worked to create content that engages, informs, and educates people of all ages in Scotland. In 2016, SALFS in collaboration with Daysix created 3 short CPR awareness videos with the children of Westquarter Primary School in Falkirk to share with other schools across the country. To date these videos have garnered 10,600+ views!

In 2018 SALFS in collaboration with the Leith Agency and the Scottish Government sought to bring the message of CPR to an even wider audience with the “(Gonna Be) 500 Times” video featuring Carol Smillie. The partnership shared this video far and wide across their respective social media platforms, and the video has now racked up almost 1 million view and counting!

Of the people who have watched these films 93% reported an increase in confidence to deliver CPR, showing the power and reach of marketing in spreading CPR awareness in Scotland!

We’re so thrilled and thankful to the partners for making this nomination possible! Winners will be announced on the 13th of June 2019.

Save a life for Scotland

Brought to you by

The Resuscitation Research Group Edinburgh, and in partnership with Daysix

Save a Life for Scotland is funded by

Close Menu
We use cookies on our website to give you the most relevant experience by remembering your preferences and repeat visits. By clicking “Accept All”, you consent to the use of ALL the cookies. However, you may visit "Cookie Settings" to provide a controlled consent.
Cookie SettingsAccept All
Manage consent

This website uses cookies to improve your experience while you navigate through the website. Out of these, the cookies that are categorized as necessary are stored on your browser as they are essential for the working of basic functionalities of the website. We also use third-party cookies that help us analyze and understand how you use this website. These cookies will be stored in your browser only with your consent. You also have the option to opt-out of these cookies. But opting out of some of these cookies may affect your browsing experience.
Necessary Always Enabled
Necessary cookies are absolutely essential for the website to function properly. These cookies ensure basic functionalities and security features of the website, anonymously.
Functional
Functional cookies help to perform certain functionalities like sharing the content of the website on social media platforms, collect feedbacks, and other third-party features.
Performance
Performance cookies are used to understand and analyze the key performance indexes of the website which helps in delivering a better user experience for the visitors.
Analytics
Analytical cookies are used to understand how visitors interact with the website. These cookies help provide information on metrics the number of visitors, bounce rate, traffic source, etc.
Advertisement
Advertisement cookies are used to provide visitors with relevant ads and marketing campaigns. These cookies track visitors across websites and collect information to provide customized ads.
Others
Other uncategorized cookies are those that are being analyzed and have not been classified into a category as yet.
SAVE & ACCEPT